The International Centre for Traditional and Contemporary African Dances, commonly known as “École des Sables” and managed by the Jant-Bi Association, is a professional school with theoretical and practical teaching, a research laboratory and is a space for meetings and exchanges, conferences and artistic residencies for dancers from Africa and all continents. Recognized worldwide, it has become a global dance village, based on the richness of dances and cultures from all over Africa, a place where dancers from all over the world come together to create new dances with new energies.

The founders, Germaine Acogny and Helmut Vogt, founded the Jant-Bi Association in 1994. In 1996, they laid the foundation stone of the École des Sables de Toubab Dialaw, Senegal, a small fishing village 50 km south of Dakar. After 6 years of construction, the Centre was inaugurated in June 2004. It is a real dance village with its two dance studios of 400 m2 and 280 m2, its conference room, 24 bungalows as accommodation, its own restaurant, kitchen and offices, spread over 4.5 hectares of land, whose architecture is adapted to the environment.

Germaine Acogny is considered a pioneer in the development of contemporary African dance. She has created her own modern African dance technique, a synthesis between traditional African dances and cultures from elsewhere; integrating, in the words of President Senghor, “the values of other dances to make a new dance”.

Read our Mission and Vision Statement here
Ecole des Sables (EDS) has positioned itself as a crossroads for contemporary dance in Africa. Today, the EDS perpetuates the spirit of “Mudra Afrique”, the first Pan-African School in Dakar (1977 – 1982) of which Germaine Acogny was the artistic director. The teaching of the Germaine Acogny Technique is its backbone. The EDS is also an institution for the whole of Africa, a major contemporary dance school of reference in the continent. In creating EDS, Germaine Acogny has continued to work on creation, artistic exchange and professional development between dancers around the world; and all this by integrating, in the movements, in the waves of the black body, the steps, not precisely the most typical, but the most complementary of the other dances. 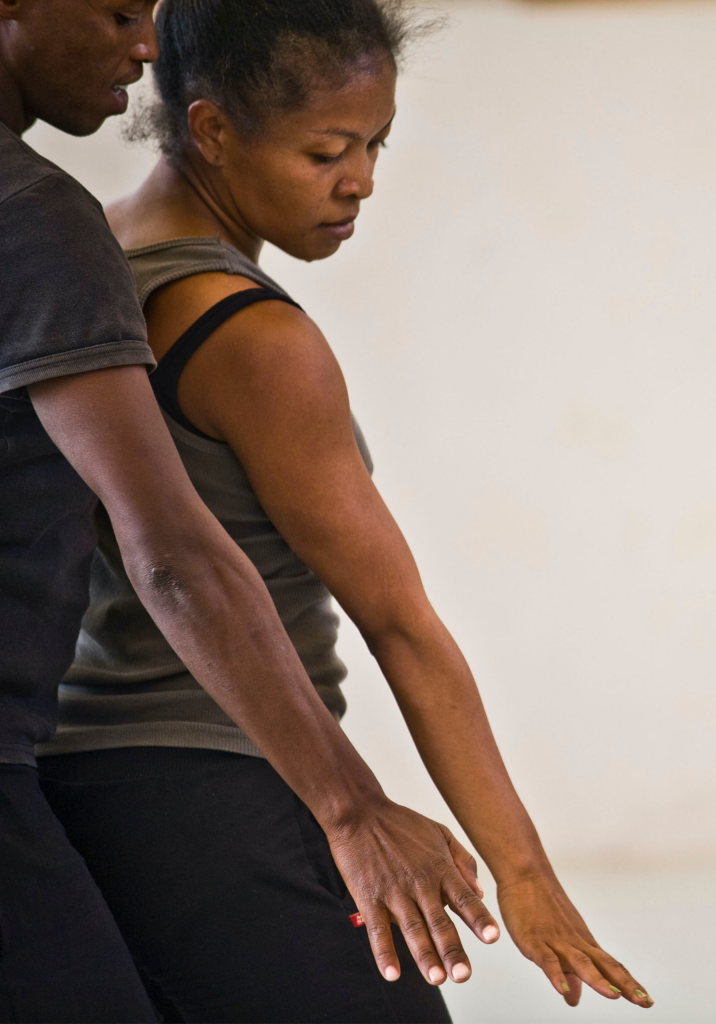 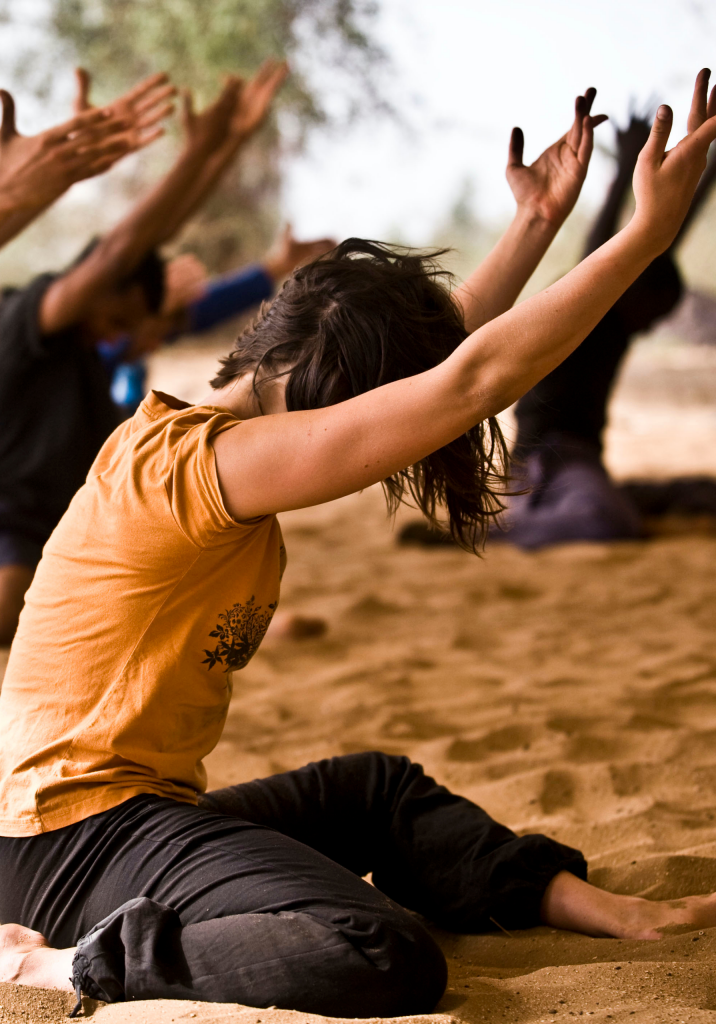 In Toubab Dialaw, the exchange of knowledge is reciprocal. Through its pedagogical and artistic vocation, its commitment to intercultural and multidisciplinary dialogue, the school participates in the human, social and economic development of different territories, from the village of Toubab Dialaw to the rest of Africa. 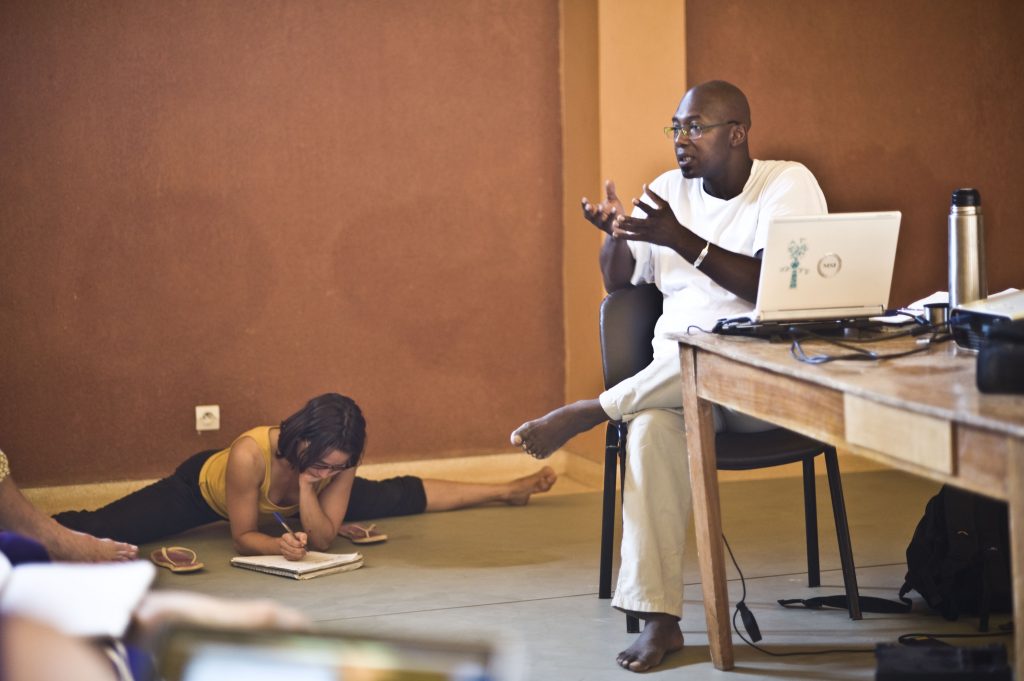 From 2011-2015 Patrick Acogny, PhD in performing arts with a dance option from the University of Paris 8; becomes co-Artistic Director with Germaine Acogny and takes on the role of Artistic Director from 2015-2020. He thus contributes to new visions, bringing in his research and methods on the deconstruction of traditional African dances. He also contributes to the repertoire of the company Jant – Bi (men) by creating “Waxtaan” and Jant-Bi Jiggen (women) with “Afro-Dites”, two internationally acclaimed creations. He has trained several generations of dancers and initiated the three-year (3 months out of a year) training format for African dancers.


In 2019, École des Sables makes history by collaborating with the Pina Bausch Foundation to give birth to 2 wonderful projects: a duet with Germaine Acogny and Malou Airaudo (former soloist of the Pina Bausch company) and the transmission of the Rite of Spring by Pina Bausch to a group of 38 dancers from the African continent, many of whom trained at École des Sables.

In the beginning of September 2020, the Founders Germaine Acogny and Helmut Vogt made the decision to hand over the role of Artistic Direction and custodian of the Ecole des Sables to two of its trusted Alumni. They both know École des Sables well and are holders of the Acogny Technique Diploma.

They are artists who continue to prove themselves in their careers as dancers, choreographers, young artistic leaders who are ready to put their energy, enthusiasm, creativity and commitment into their new mission. To see Ecole des Sables and its entire team even bigger, stronger and driven by excellence.

École des Sables welcome Alesandra Seutin and Wesley Ruzibiza to the Ecole des Sables team. They will be working in a team with Paul Sagne, who has been working and evolving within Ecole des Sables for the last 15 years and who has now been appointed Administrative Director.

Do you want to visit our School? To schedule a visit